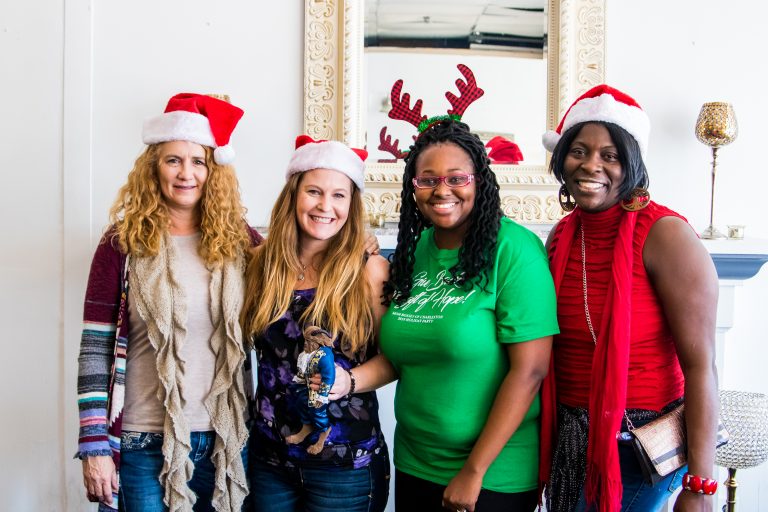 Imagine starting a business and becoming a mother- simultaneously.

That’s what happened to Adriana Richardson, and as you likely imagined,  it was quite the journey! As a new business owner, she understood the only way to grow her business was to be visible through networking yet within one month of launching, she discovered that she was now pregnant with her second son.

While quitting wasn’t an option, how would she manage both?

As imagined, networking after her son was born became difficult. The never ending demands for family time, school, and sports would soon take over and force her to think about a solution for her and other moms who were sure to experience the same.

Creating a space that supported the demanding lifestyle of mothers in business was the only way out! So, in January 2019, Adriana put out the call to action, “Who’d be interested in joining a moms in business group?”  With a resounding response from go-getter mothers, the Mom Moguls community was born!

Since Mom Moguls launched in January 2019, we’ve grown to a community of 600+ moms across the country, hosted more than 5 events in person and virtually, with plans to expand into multiple chapters across the United States.

Adriana Richardson is the Chief Mom Mogul at Mom Moguls, a networking resource born from her desire to succeed in business as a mother! In 2018, she founded The Lazy Millennial™, an Online Business Management and Consulting service for female entrepreneurs in the online space. An introvert and lover of all things Beyonce, she is a proud mother of two brilliant and busy boys and wife to the most supportive husband and father! Together, they reside in their hometown of Charleston, South Carolina.

Connect with Adriana on IG @the_lazymillennial!

Outside of keeping everything organized, Jakia is a dedicated wife, a mom to a one-year-old baby boy, and is located in Upstate, NY (Syracuse). As the owner of JVAN Services, where she tackles time-consuming tasks and projects of busy entrepreneurs so that they can focus on their zone of genius and generate revenue. Jakia provides an overwhelming amount of support and quick turnaround time to her clients and is extremely passionate about building organization, structure, and quality customer service within a business to work best for the owners and their customers. On her off days, Jakia enjoys spending time with her little family of three, reading, writing, and networking.

Keep up with Jakia on FB & IG @jvanservices!